Data was, Analytics is, the New Oil

Technology innovation and the decreasing cost of data processing are fuelling the demand for actionable intelligence across sectors. 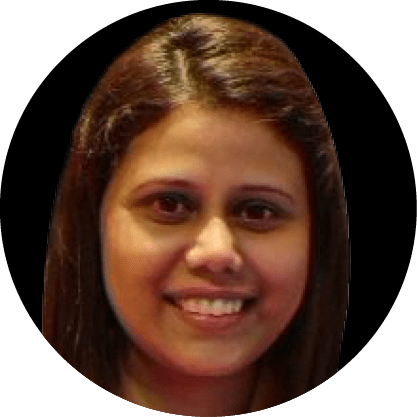 Data is the new oil. It’s valuable, but if unrefined, it cannot really be used. It has to be changed into gas, plastic, chemicals, etc., to create a valuable entity that drives profitable activity; so data must be broken down, analyzed for it to have value.” These are the words of famous British mathematician and data science entrepreneur Clive Humby, who coined the phrase “data is the new oil” in 2006. In 2011, the Senior Vice President of Gartner, Peter Sondergaard, took this concept further. “Information is the oil of the 21st century and analytics is the combustion engine,” he said. Today, “analytics is the new oil.”

Raw data, especially Earth Observation (EO) data, has been proliferating for years, with an increasing number of satellites being launched every year. However, not too long ago, it became obvious that without the expertise to extract actionable intelligence from this data, it was impossible to fully leverage its potential. “Hidden within the growing flood of data are the answers to a multitude of questions about agricultural yield, mining rates, deforestation, mass migration, climate change, factory production, new road and building construction, and most other aspects of societal and economic change. The role of analytics is to pull focused, actionable insights from this flood of data. As our world increases in complexity and its rate of change increases, this role becomes more and more critical,” explains Orbital Insight Founder, James Crawford.

From here on, the demand for analytics is only going to rise. “As the need for satellite derived data and information increases and more data is being made available and delivered, surely the demand for highly targeted and specialized analytics service will only rise in the future,” says European Space Imaging’s Managing Director, Adrian Zevenbergen.

The EO market is undergoing multiple disruptions. Satellite-based EO is offering value-added solutions to businesses across sectors, thereby fuelling market growth. According to a report by Industry Research, the global satellite-based EO market is likely to be worth $4.51 billion by 2024, growing at a CAGR of 13% from 2020 to 2024.

In the imagery segment, the emergence of small companies and startups are bringing a great deal of diversity and are leading to an increase in demand for EO data analytics. “The boom in Software-as-a-Service (SaaS) offerings that provide analytics, dashboards, and insights into targeted types of data will continue. I believe that SaaS data platforms will lower the barriers of entry to enable more companies to expand their use of analytics,” says Brett Antonides, Vice President of Apps, Analytics and Visualization, Arturo.

Liz Derr, Co-Founder and CEO, Simularity, feels that today, customers are more interested in analytics services than anything else. “They want answers, not anomaly images. If geospatial analysis is to make it into the commercial sphere, tools, applications, and Artificial Intelligence (AI) software that make analysts more productive and help automate report generation would be key drivers of success.”

Already, Fourth Industrial Revolution (4IR) technologies like Artificial Intelligence (AI), Robotics and Cloud Computing are driving new EO application areas. “Planet Labs alone captures over 15 TB of data each day — an amount that would be impossible for someone to manually sift through, even with large teams of analysts. Advances in AI and computer vision let us cut through the noise and the volume. We can teach these systems to automatically identify and classify a variety of useful things like roads, buildings, vessels or areas of change. This enables those experts and analysts to spend their time on what really matters,” says Brian Hernacki, Senior Vice President, Software, at Planet Labs.

Raw data, especially Earth Observation (EO) data, has been proliferating for years, with an increasing number of satellites being launched every year. However, not too long ago, it became obvious that without the expertise to extract actionable intelligence from this data, it was impossible to fully leverage its potential

According to Crawford, it would take approximately eight million people to look at the entire satellite imagery of the earth every day. “By using AI and data science, we can count and identify cars, trucks, planes, railcars, and new roads and buildings all over the world, aggregate the results, and highlight anomalies to the human analysts,” he says. These technologies are also helping lower the cost of analysis, making EO Intelligence available to new sets of users for their monitoring needs. The reducing cost, and easy availability of relatively high-resolution optical, multi spectral, and Synthetic Aperture Radar (SAR) data is further making EO Intelligence viable for the business community.

“Small satellite constellations and in general, the technical standardization in this field helped to drastically reduce costs and increase the number of companies investing in EO satellites,” says Zevenbergen. This has resulted in more launches every year. From a commercial perspective, it opens new opportunities for services and products that require high revisit rates. However, capturing Very High-Resolution (VHR) imagery still requires larger satellites. “But those are becoming lighter, more standardized satellites operating as part of constellations. Increasingly, we see users adopting strategies to benefit from the combination of traditional assets and small satellite constellations,” he adds.

Currently, the maximum demand for satellite-based EO data comes from traditional end-users, such as defense, infrastructure and engineering, agriculture, disaster management, and energy and power. Experts believe that these sectors will continue to be the biggest consumers of EO data and analytics. However, a whole new set of application areas are now opening up. “Outside defense, we are seeing interest in areas like international dispute monitoring, ecological and climate change, natural disasters, encroachment, and government accountability,” highlights Derr. Crawford says the new applications range from detecting and preventing deforestation, increasing national security, to tracking the impact of COVID-19 on factory production.

Acquiring, processing, and interpreting large amounts of data in less time through automated means is also making it possible to use satellite-based EO data in areas like insurance and emergency response, which were earlier dependent on in situ observations. For instance, ICEYE’s flood monitoring solution for the insurance market is about knowing which buildings are flooded and what is the extent of the loss.

Arturo, too, is using EO analytics for the insurance sector. The company’s roof analytics alone can save insurers considerable time and money when compared to sending a person to physically inspect a roof or deploying someone to manually inspect the imagery. “As the world begins to rebound from the global pandemic, we are seeing shifts in the labor force. Whether these shifts are due to a change in perspective after lengthy lockdowns, perturbations in labor supply due to pent-up demand, or other factors, it’s a disruptive event that creates an opportunity for companies that can leverage analytics to get a leg up on their competitors, and expands the market for companies offering analytics capabilities into these segments,” adds Antonides.

As of today, the forecast for satellite-based EO data and analytics looks bright. However, there is a flipside to it. There are various industries that are untapped or have not realized the full potential of satellite data services and applications. A lot of work needs to be done to foster adoption through product awareness and education. “The biggest challenge today is that potential users are not aware of the power of satellite analytics and/or do not know how to use the tools. Further, many prospective users, such as supply chain managers, are often not even aware that geospatial analytics can be used, for example, to track the manufacturing activities of their suppliers, customers, and competitors,” says Crawford.

“One of the biggest challenges surely is understanding the exact needs of the end-user market in order to develop services delivering truly valuable insights. The possibilities seem endless, but the challenge will be to offer the right service to the right user,” adds Zevenbergen.

A combination of images, acquired by one of the Copernicus Sentinel-3 satellites, shows the snow deficit affecting the Andes mountain range in South America. EO data provide answers to a multitude of questions concerning climate change | Courtesy: REUTERS

Many of the newer technologies, which help in extracting actionable intelligence from satellite data, rely on breakthroughs in science that are difficult to understand for several audiences. “AI in particular invokes a broad set of connotations from the fantastical to the dystopian,” says Antonides.

Satellite-based EO is also facing tough competition from within the larger EO industry. As per a report by Mordor Intelligence, the global satellite-based EO market was valued at $2.74 billion in 2019, and it is expected to reach $4.42 billion by 2025, registering a CAGR of 8.5% from 2020 to 2025, which is a clear decline from the 13% growth mentioned earlier. The main reason behind this drop is the presence of open data, like EOSDIS from the US, Copernicus from Europe, etc., and increasing use of alternative EO technologies, such as UAVs. Though these are challenges for the commercial market, they may lead to greater democratization of EO data.

Acquiring, processing, and interpreting large amounts of data in less time through automated means is also making it possible to use satellite-based EO data in areas like insurance and emergency response, which were earlier dependent on in-situ observations

There are endless possibilities of benefits to society from satellite-based EO. With higher spatial, spectral, and temporal resolution, the future of EO is bright. Derr says that freely available satellite imagery and open source tools can be used by researchers, scientists, local governments, non-profits, and smaller organizations to gain a level of situational awareness that they have not had previously. “Growing this market with affordable analysis is important if EO companies want to diversify their customer base so that their revenues and success aren’t completely controlled by politicians and military budgets.”

There are endless possibilities of benefits to society from satellite-based EO. With higher spatial, spectral, and temporal resolution, the future of EO is bright

The use of satellite imagery enables a wholesome understanding of issues and establishes analysis-based imperatives for necessary decision-making, thereby bringing together the bio-physical world and social elements. Whether commercial, strategic or developmental, the EO outputs are getting more and more enmeshed in every sphere of economic and social life on the planet. If we are going to take on some of the biggest challenges facing Earth in the near future, we need Remote Sensing to cover that much ground. “In the future, these applications will provide more and more focused information for specific target markets and be highly automated,” sums up Zevenbergen.