BuroHappold Engineering is one of the leading engineering and construction services organization providing consultancy services (inclusive of design and planning and project management) for buildings, infrastructure and the environment. The company has some notable national and international projects to its credit, including the Olympic Stadium in London, UK; the Royal Shakespeare Theatre redevelopment in Stratford-upon-Avon, Zaryadye Park, Moscow, and the Louvre Abu Dhabi in Abu Dhabi.

The Brown University contracted BuroHappold Engineering to help design its 80,000 sq feet Engineering Research Center with an aim to increase faculty by 30%, to seamlessly expand the engineering approach of the various building systems, and to create a design flexible for future uses and technologies. The complex needed to be ambitious for the services included chemical components such as dry compressed air, nitrogen gas, exhaust hoods with chemical neutralizer waste storage and ultra-purified and deionized water. The project completed in 2017. 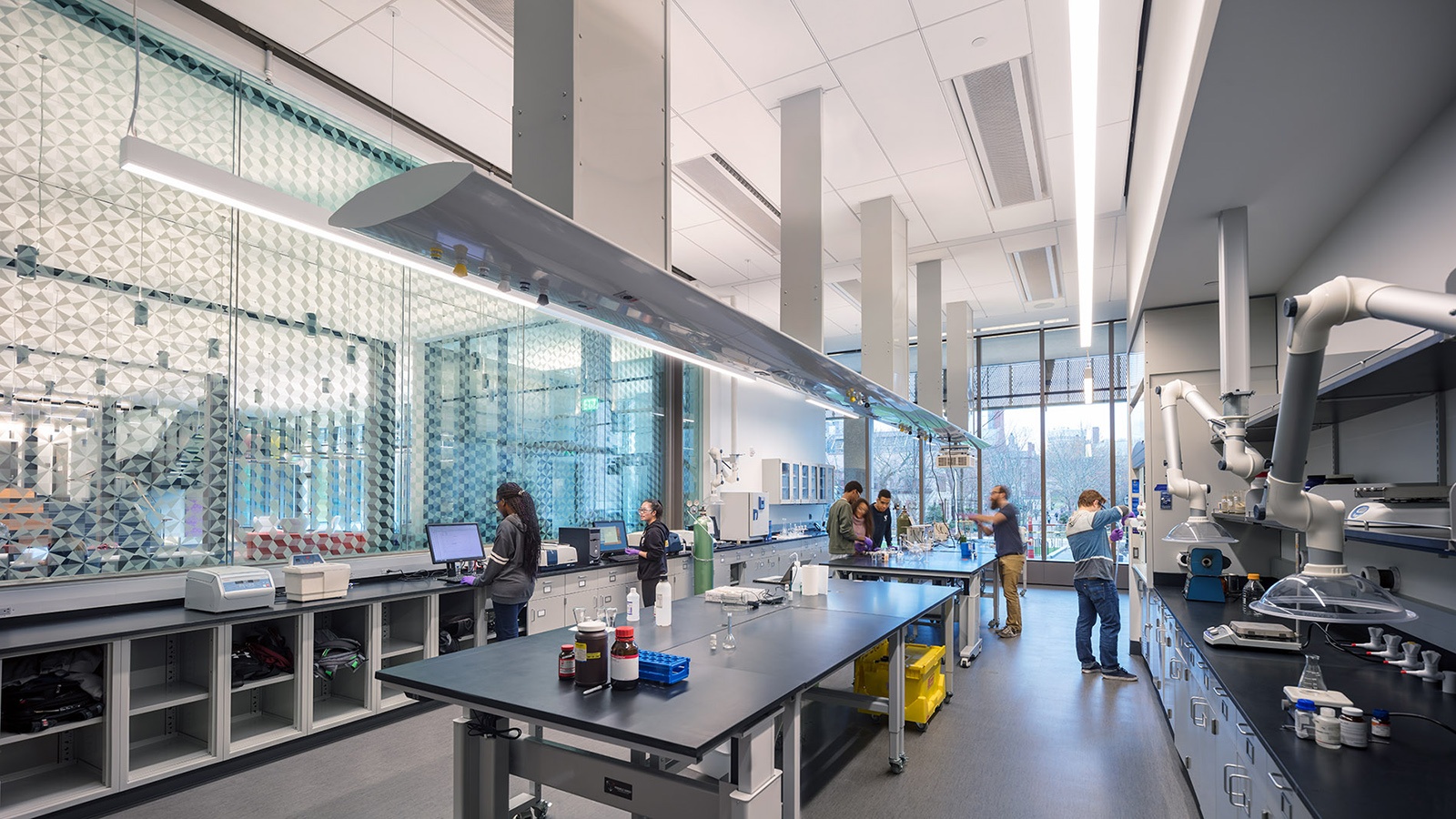 The ambitious project was found challenging as all key stakeholders of the project were based in different states in US, making effective and efficient collaboration a major problem. The building design also need to incorporate for much denser ceiling cavities owing to the requirement of systems for hazardous exhaust and specialty gas. This necessitated a coordinated mechanism between designers and engineers to avoid clashes.

The project was driven by the Integrated Project Delivery (IPD) model, which enables all stakeholders to collaborate and coordinate contractually for shared goals making the engineering and construction process as transparent as possible. The American Institute of Architects (AIA), defines ‘Integrated Project Delivery’ approach as a collaborative approach to project delivery wherein people, systems, business structures, and practices are brought together in one single process to harness the potential/insights of all stakeholders involved in the project. The reason for using the IPD model is to advocate for a single-team approach, optimize project value, reduce waste and maximize efficiency through the construction lifecycle, while generating time and cost efficiencies.

For the project in consideration, the IPD agreement centered around four key values – “building a research facility that enables great science, services as a model for sustainability, enhances and engages the community, and creates a physical and symbolic identity for the Engineering Research Centre”. For this purpose, the firm also used BIM 360 Design and BIM 360 (along with GIS solutions) to work efficiently with all project teams. 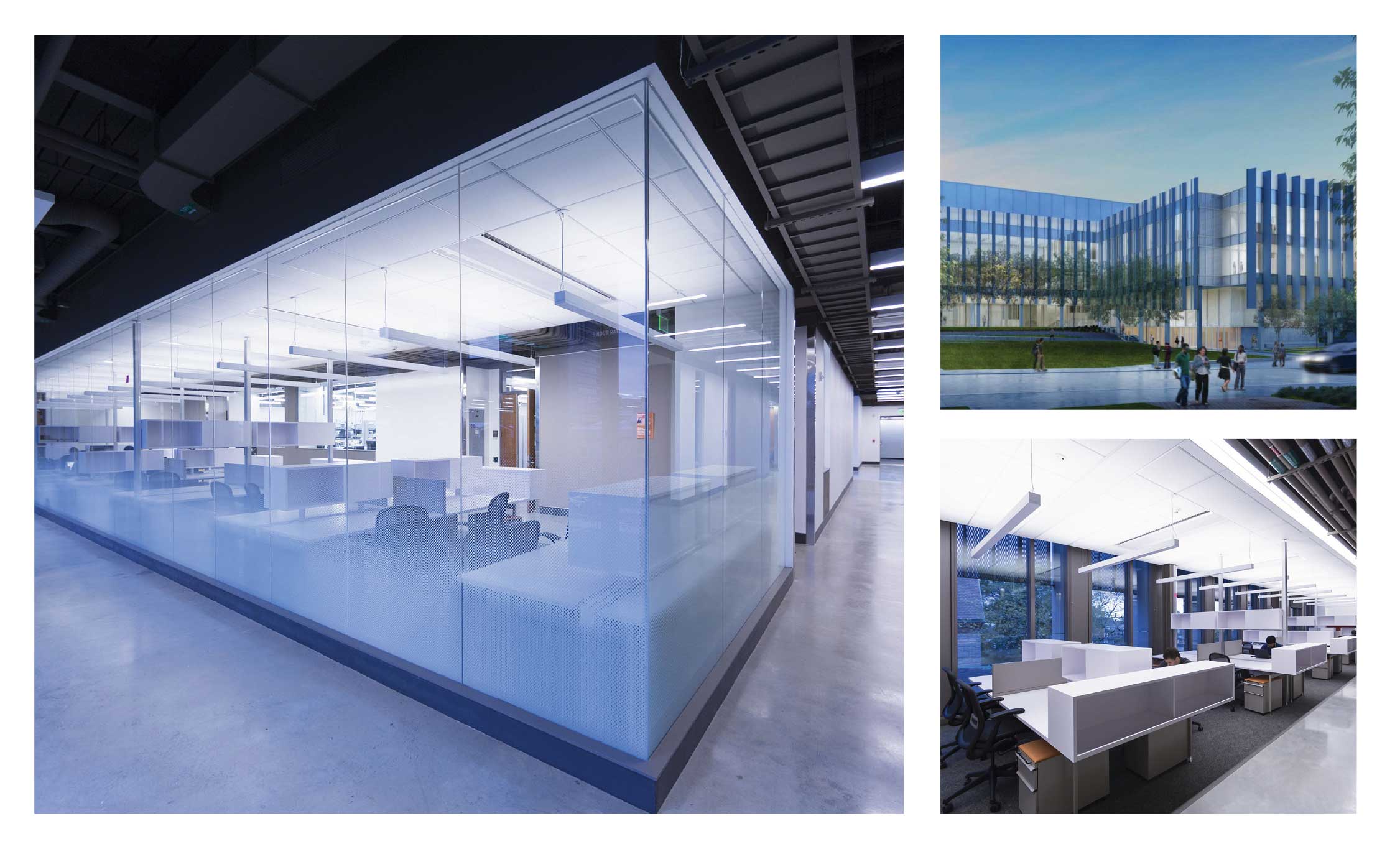 Using BIM 360’s lean software setup and GIS software, the Integrated Project Delivery model was established wherein all the stakeholders – the client (Brown University), the architects (led by KieranTimberlake architects), the engineers  (BuroHappold Engineering) and the contractors (Shawmut Design and Construction) — could collaborate with the end goal of finishing the project on-time and on-budget.

Connected BIM was used as a framework to deliver the project, wherein Autodesk’s BIM 360 collaboration and project management software enabled the designers to share real-time design model updates across disciplines in real-time, improve coordination, detect immediate clashes and reconcile them across the construction lifecycle. From design to construction phase, the stakeholders used BIM 360 to identify emerging issues on the construction site, and filter the issues by its impact, location and the stakeholder responsible for the issue. This enabled the stakeholder to reach the project location on time and reconcile the issue prior to it becoming severe.

Further, architectural and structural design was fully coordinated using BIM 360 and Revit building design software specially to simplify the process of issue communication and resolution. Designers worked closely with trade partners to develop a single cohesive model, which also included fabrication models. Using the model generated, the mechanical piping contractor easily collaborated with the mechanical engineer inside the Revit model to ease the transition process from design to fabrication. The Revit models were used in the later stage to act as a foundation for energy modelling, by supporting energy model runs, and daylight analysis for energy efficiency.

Using the overall cloud-based BIM collaboration and the IPD model, gave BuroHappold a time savings of 20% and a cost reduction of 90%. The project was completed several months ahead of schedule and provided an added value of $10-15 million to Brown University as the students and faculty could begin using the centre much before than predicted. From an energy standpoint, a minimum of 25% of energy efficiency was achieved which is above the standard for the research center’s building type, earning it a LEED Gold rating. The use of BIM 360 and IPD, helped stakeholders to save time and effort of all stakeholders, while eliminating errors and improving design quality. With the data collected and models created, Brown University can now optimize the operations and maintenance of the Engineering Research Centre.

Boogertman+Partners used BIM for fast and efficient redevelopment and expansion of the Fourways Mall in South Africa!