The Nepal Earthquake of 2015, also known as the Gorkha earthquake which struck near the city of Kathmandu, resulted in approximately 9,000 deaths, and complete and partial destruction of 7,69,000 public houses and government buildings. The earthquake also produced landslides that devastated rural villages and some of the densely populated parts of the city of Kathmandu, causing damages estimated around $5-10 billion. Build Change, an international non-profit specializing in natural disaster recovery and resilience, worked in collaboration with Nepal’s National Reconstruction Authority (NRA) to retrofit and rebuild the damaged homes.

Nepal suffered from a 7.8 magnitude earthquake in April 2015. In addition to the loss of lives, there was severe damage to housing and school infrastructure, which displaced roughly 2.8 million people. To rebuild the infrastructure in the region, and to ensure that future disasters do not lead to loss of lives and property of such great proportions, Build Change, which has the expertise in designing disaster-resistant houses and schools, proposed the idea of retrofitting the damaged homes. Understanding the severity of the problem, the National Reconstruction Authority of Nepal, approved the retrofitting type-design submitted by Build Change to seismically strengthen their earthquake-damaged houses (still standing but cracked and unsafe for occupancy).

Reality Capture enables stakeholders to immediately create 3D models of the existing structure and enable alteration of the structure without having to model the structure from scratch. The as-built designs and drawings from the Reality Capture solutions help to provide context to the construction process and design retrofit model templates.

For this project, Build Change used drone flights to conduct surveys by experimenting with camera settings to pursue 3D modelling of the disaster-hit villages. Drones were used because they were safer and easier to capture the inaccessible areas. Further, Build Change used Autodesk’s ReCap 360 — a desktop and Cloud solution built for UAV and drone processes — for expanded photogrammetry capabilities to capture existing conditions of earthquake damaged villages. The drone photogrammetry images were further combined with laser scans for superior accuracy and validating construction against the design intent.

The data thus captured was uploaded in the Cloud for processing and point-cloud generation, following which it was registered into CAD and BIM design products of Autodesk, such as AutoCAD, Revit, Infraworks, and Navisworks. Using the design software, 3D models were created, which blended the design and production workflows to allow for changes being made at any time of the construction process. The point cloud data helped to create a 3D presentation of the damaged structures, offering collaborative work options in the Cloud, process automation and collaboration with other platforms. Both Infraworks 360 and Civil 3D software were used to generate high-resolution, extremely accurate digital surface models of the villages which enabled the architects, engineers to use the model to plan new construction, and virtually support the (re)construction of the otherwise damaged sites.

Based on the 3D models created, type-design retrofit solutions were created, which took into account the plan configuration, building materials and construction methods. The designs were first approved by the Government of Nepal and the National Reconstruction Authority, after which Build Change began incorporating retrofit designs for rural houses as well as for adobe houses. The three prototypes of the retrofitting model — light, medium and heaving retrofitting solutions — were automated which helped to save a lot of time and make the process as accurate and efficient as possible while ensuring flexibility in design.

It is estimated that use of the retrofit models for the damaged homes would safeguard around 2.5 million lives from any future earthquakes or other such natural disasters, save 30 megatons of construction materials and approximately $1 million in costs which would have otherwise been spent on new construction. Further, there was huge savings in terms of time saved, as using the software, and building on the template provided by Autodesk, Build Change engineers could create 16 retrofit designs in a single day. 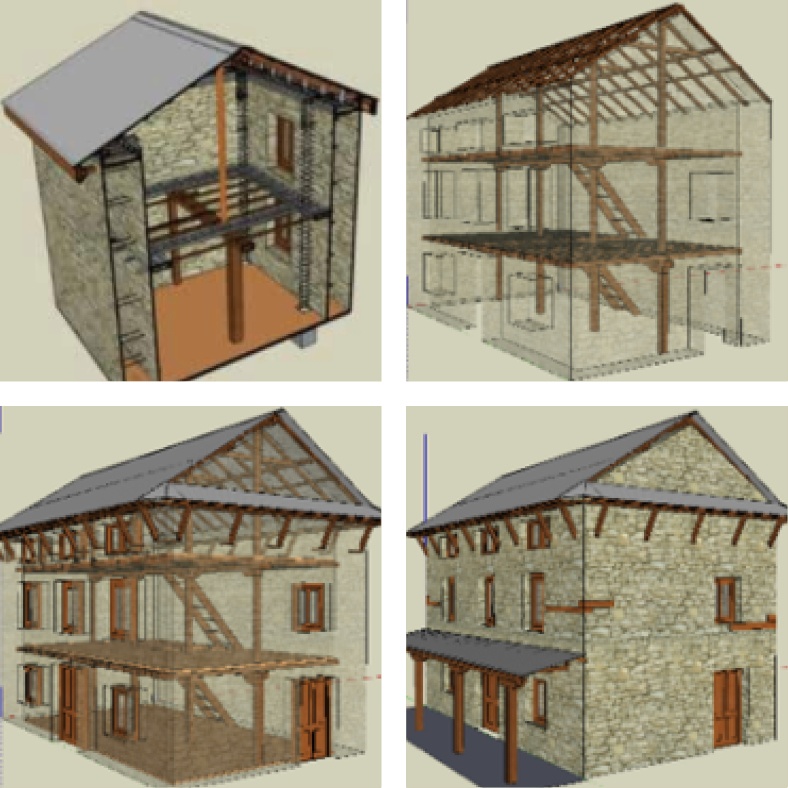 The use of drones enabled the architects and engineers to visualize the inaccessible areas of damaged homes with ease, and use the data created from the same to improve structure workflows, refine the construction models and build new ‘retrofit’ models, obtain detailed insights into the existing and future performance to disasters, to ensure sustainability over a longer period.

Working in close coordination with Centre for Applied Research and Development (CARD), an autonomous research and development centre within the Institute of Engineering (IOE), Build Change continues to work to incorporate the retrofit type designs for rural houses into the selection of government-approved designs.