The advent of citizen science opens up new possibilities in geospatial tools and applications. 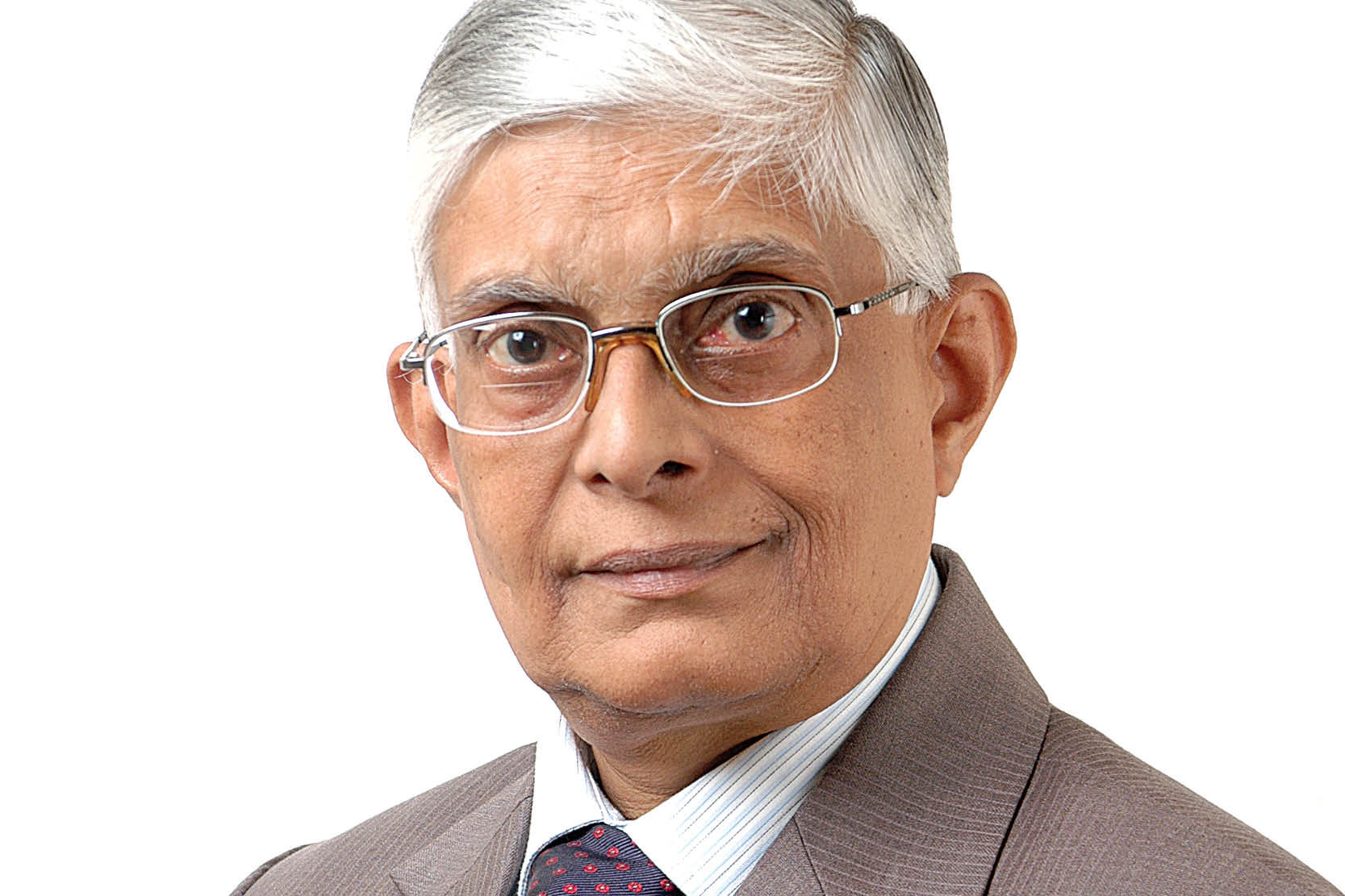 Modern digital technology has put enormous power in the hands of the average citizen. Desktops and notebooks now pack more computing power than older mainframes and minis. GIS and image processing software are no longer high-priced proprietary packages, as they have been adopted by the open software movement. Smartphones and tablets with a host of geospatial applications and a GNSS receiver have become much more than just voice communications devices. They are excellent for data communications as well. Apps like Google Maps, Compass, Photo Managers, etc. have turned these devices into very powerful instruments, which can be used by citizens to take part in geospatial surveys. Even ubiquitous social media apps now have a location tag, which enables the analysis of posts for inferring geospatial information.

Why is understanding of cartographic visualization and its role in the cognitive processes essential to optimize users’ geospatial knowledge? | Courtesy: Jordan et al. 20151

The nature of citizen science

There are several levels of participation in science by citizens. The diagram shows the three major contexts involved. The first is how the citizen participates in the scientific effort. It could range from consulting an expert to basic data collection to highly involved participation. The second is the context of learning by the citizen, which could be context specific to involvement in analysis and knowledge discovery. At the third or systems level, this could be defined by the level of involvement in the socio-ecological system.

As an example, consider the finding of Indian spacecraft Vikram on the moon. As is known the Vikram lander of Chandrayaan 2 deviated from its trajectory 3km above the moon and ceased to transmit some 300 meters from the surface. The unfortunate conclusion was that it had crashed, but where? Shanmuga Subramaniam, a computer programmer based in Chennai, was a Space buff. He began downloading imagery from a NASA moon orbiter and by applying simple change analysis, he chanced upon some features which turned out to be the remains of the ill-fated lander, as subsequently confirmed by NASA. Where could Shanmuga be fitted in the above diagram?

His nature of participation is collaborative. His identity is that of a trained professional. In terms of context of learning, his personal action has a high level of consequence, as he could bring to an end the speculation about Vikram. He exhibited a high level of involvement in the socio-ecological system by passing on his findings to both NASA and ISRO, and going public only after receiving a confirmation from the former.

Who are citizen scientists?

Participation in citizen science (CS) does not require that the citizens be tech-savvy like Shanmuga, but it helps. Common citizens who are aware of the importance of ecology and environment in their lives can become citizen scientists. A study on 17 citizen science projects seeks to provide trends, analysis and insight into this newly emerging methodology in India. Thousands of citizens are stakeholders in these projects, apart from the scientists and their institutions. The projects are initiated by scientists and citizen scientists mainly act as data collectors and aggregators. The number of participants vary from a few hundreds to 10,000. Geospatial systems are mainly smartphones which access Google Maps data.

Citizen science can be opportunistic or voluntary. In the opportunistic sense, all citizens are data sources with their location enabled smartphones, their presence on social media and their transactional interactions on online stores, banks, airline check-ins, etc. Digital citizens leave a byte trail that is picked up by any interested institution to track them and profile them for targeted advertisement or worse — the dark web.

Voluntary citizen scientists are known as neogeographers and their output is called Volunteered Geographical Information (VGI). Citizens may offer information on their own initiative, or they may be specially recruited by an institution for a project for specific data collection. The data collected is termed as crowdsourced data and the method is called crowdsourcing.

The geospatial challenges in citizen science

VGI is very important in helping scientists, administrations and businesses in their spatial oriented tasks. However, geospatial tools are designed for structured data management, while VGI is either unstructured or poorly structured. To use VGI in the geospatial domain, there is a need for a new set of processes which present three challenges. The first is how to use VGI for leveraging geospatial tasks. The second is how to manage the data and the third is new geospatial applications arising from the involvement of citizens.

Today, many geospatial tasks require extensive data collection over space and time. This is not always possible given the restrictions of a project in terms of human power and funds. Citizens are capable and active in providing data voluntarily, but for geospatial applications they have to be sensitized on the importance of both feature and location. Urban citizens using smartphones are slightly better off, but they too make mistakes in identifying correct location of a feature, or correct feature at a given location. For targeted geospatial tasks, citizens have to be provided some basic training in data collection and in some cases a dedicated app on a smartphone. It is also worthwhile to allow some leeway in volunteer comments and observations, as these are sometimes valuable in uncovering unexpected facts.

One of the best examples of citizens as scientists is the evolution of the Open Street Maps, whose success led to it being gobbled up by Microsoft. Google is also a major user of citizen volunteered data. It started with an app called Map Maker, which allowed users to insert features and attributes into Google Maps. Today, a person can become a Google Guide and do the same. It is significant to note that in both initiatives, the approach has been to provide a standardized framework, enabling easy data collection, delivery and ingest.

In contrast, most citizen science initiatives suffer from lack of standardization and ad hoc methods of data management. A study on CS Projects Involving Geoinformatics: A Survey of Implementation Approaches brings out some interesting facts. The study examines CS activity workflow, from data generation and delivery, data visualization and access, data processing, to data qualification and validation. it concludes that there are no specific software and processes which help in CS other than the standard ICT ones. The use of new technologies which impact privacy and IPR are not yet properly understood by the CS community.

Notwithstanding these limitations, some of the tasks where citizens have been used as volunteer resources are biodiversity survey, air quality survey, ground truth for land cover survey, coastline monitoring, range and effects of invasive species and recording of the effects of climate change. For example, hackAIR seeks to monitor air quality in Europe by combining official data, crowdsourced data from citizens equipped with simple sensors and social media posts which refer to air quality or show cloud pictures in an AI environment to analyze air quality and advise individual citizen scientists about the air quality in their region and steps to take to maintain or improve it.

As mentioned earlier, VGI is not always accurate in terms of location or attributes. There are many ways of curating such data and removing the erroneous ones. One of the methods is to use a system of polling. In a project on “Increasing the Accuracy of Crowdsourced Information on Land Cover via a Voting Procedure Weighted by Information Inferred from the Contributed Data”, it was found that “consensus approaches can aid in filtering reliable crowdsourced data and contributors with high agreement, so as to yield an ensemble classification that is more accurate than that achieved by any individual contributor.”

In an application towards evaluation of an import tool for building footprints in Open Street Maps, it was seen that while experienced volunteers could use the tool with ease and provide accurate results, the same was not the case for newly trained persons. Thus, projects aiming to use VGI need to cultivate, nurture and retain citizen scientists for gathering reliable data. Some of the suggested methods are more interactions with the project scientists, small rewards and upscaling tasks from data collection to data management for those citizen scientists who show an aptitude for such tasks.

The most popular technology for volunteer selection, training, data uploading and interaction of project scientists with citizen scientists is surprisingly the Web, with smart devices coming in at second place. This trend is expected to change, as smart devices become more popular and easily accessible. The spread of wireless communications via 4G and soon 5G will drive this trend. A CS initiative uses an app on smartphones to help volunteers to track marine mammals is proving to be a success.

For data access, analysis and visualization, WebGIS has been the popular platform. Although the capabilities of WebGIS were confined to access and visualization, the improvement in wireless communication speed and Cloud have placed processing power in the hands of the citizen scientists through the smartphone. As lockdowns were introduced due to COVID-19, many persons used freely available data to show the reduction in air pollution by mashing appropriate satellite imagery with a popular app which traces airliners in flight in real time.

The advent of citizen science opens up new possibilities in geospatial tools and applications. As noted above, the citizen scientist is limited by the tools offered by ICT. There are no tools specific to CS either in ICT or in GIS. This could be an excellent opportunity for developers which goes beyond apps for data collection and could include data validation, verification and maybe some simple data manipulation using GIS on the Cloud. Tools could also include customized online selection and training of volunteers.

Attempts are being made to create AI-based data validation tools which can compare two maps at different scales from different sources. Thus, if one is a validated map and the other is a VGI map, the two can be matched and the VGI data validated automatically. Toponyms are another area where crowdsourced information can be used extensively. For this application, a tool is needed to navigate, mark GPS coordinates, track, display on a map, take geo-tagged photos, record audio, create geo-tagged notes or the generation of forms, function offline, and be user friendly.

One of the key benefits of CS data is its availability in near real time. This is already in use in urban traffic situation reports, for example on Google Maps. Extending this to activities like disaster management is an obvious step. CS data can give up to date situation reports, which can be used to keep smart maps used by the rescue and relief teams updated.

As someone had said, the application of geospatial data is limited only by ones’ imagination. This could well be extended to citizen science data.

While geospatial infrastructure is required to model and simulate changes in the real world and feed them into the Digital Twin ecosystem, a digital replica at the national level can open doors…

Not When, but Where

Location Intelligence not only helps emergency personnel in responding better to a situation, but can also empower them to assess future events and be prepared for them…

Automation rescues GIS users from the tediously long process of trying to combine different forms of data, but choosing the right method is imperative to save both time and investment…

The China Way: Use of Technology to Combat COVID-19

By mustering resources at its disposal and deploying the latest technology, China has mitigated the effects of COVID-19 to a significant extent and profiled people…

Transforming Healthcare with Geospatial and AI