Bhorva, a remote Indian village, is testimony to the fact that access to land rights for women not only empowers the community, but also leads to increased income, better crop yield and an overall sustainable society. 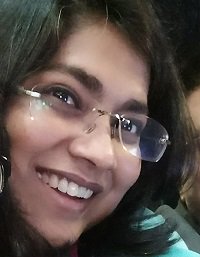 The intensity on her face is the first thing that strikes you about Ratniben Bhabor. The 60-year-old is a resident of Bhorva village in Dahod district, 190 km from Ahmedabad in the western Indian state of Gujarat.

Ratniben’s alert eyes belie her age, as the crow’s feet in the corners of her mouth, worry lines on her forehead, salt-and-pepper thinning hair, sudden but loud expressions give away the paradox. The paradox of a lone, frail woman in a non-descript village fighting to own the land that belonged to her late husband. One detects the tempering that Ratniben has gone through to become an example for many to emulate.

“After my husband’s death, I applied for varsai (land registry) at the Swabhoomi Kendra. Thereafter, government officials came to my house for my signature as well as that of my extended family members,” she says.

All hell broke loose. “My brothers-in-law were furious. The nephews challenged me as to why I had done varsai without informing them. I fought back: ‘Why should I ask you? This is my husband’s property; I don’t need anyone’s permission’.”

What followed was a regular script. Ratniben was accused of colluding with ‘outsiders’. Abuses and threats began with a regularity that even surprised her. “I did not know they had so much venom; and just because I wanted what was rightfully mine!”

Matters came to a head when a nephew physically assaulted her. What followed, however, was not regular — particularly for a remote village. “I dialed 181 for the police.”

Justifying her bold steps, the 60-year-old says, “I had heard of people with varsai benefiting from government schemes. Earlier, we used to migrate to cities for work. But after varsai, I work on my own land. Otherwise, I would have become homeless; my in-laws would not have allowed me to live here.”

The steel and fire in Ratniben is the story of the fight for women’s land rights across India. 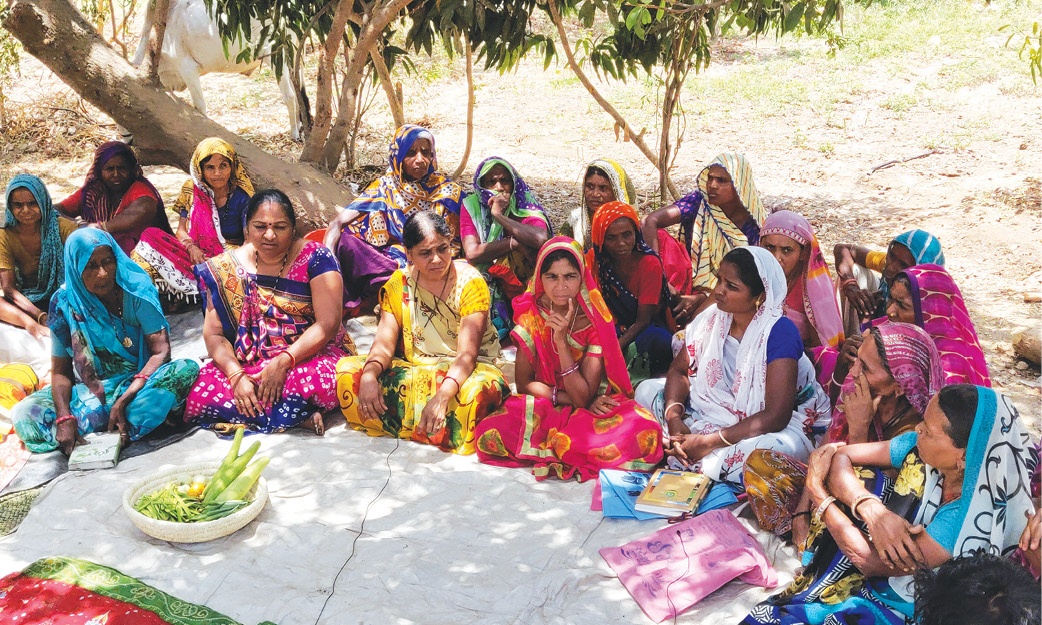 Where it all began

Bhorva is home to about 8,000 people, majority of whom belong
to Scheduled Tribes. As per the 2011 Census, female population
of Bhorva is nearly 50%, of which only about 14% are literate. Low literacy and intricacies of the law make things doubly difficult for the women here, even in routine work such as collating evidences of land ownership or obtaining husbands’ death certificates.

Nandaben’s life story is similar to Ratniben’s. Only older. Age has calmed her, but you can still detect the steel in the soft-spoken woman. “My husband passed away in 2002. A few years after that I applied for varsai,” she says. The script of taunts, intimidation and insult was the same, with vehement opposition from the in-laws. That did not stop Nandaben from going ahead and even paying INR 500 — a significant amount for her then — for the registration.

While counting the benefits of having the land in her name, including the borewell and Kisan Credit, she insists other women too should ignore family pressure and follow her example. “Without access to land, we wouldn’t even have a place to live after our husbands are gone.”

About 42% of the agricultural workers in India are women. The India Human Development Survey estimates less than 2% have land to their names. Feudal socio-economic makeup has denied property rights to women for long across the country, further exacerbating the vicious cycle of vulnerability, deprivation and oppression. This is in stark contrast to the amendment to the Hindu Succession Act in 2005.

What complicates matters further in areas such as Bhorva is that tribals are usually apprehensive of outside interference. Further, bureaucratic lethargy ensures that policies are not executed effectively even as some laws are ambiguous and open to interpretation at the grassroots. For one, it is difficult to get a woman’s name included in land-ownership documents when her husband is alive. 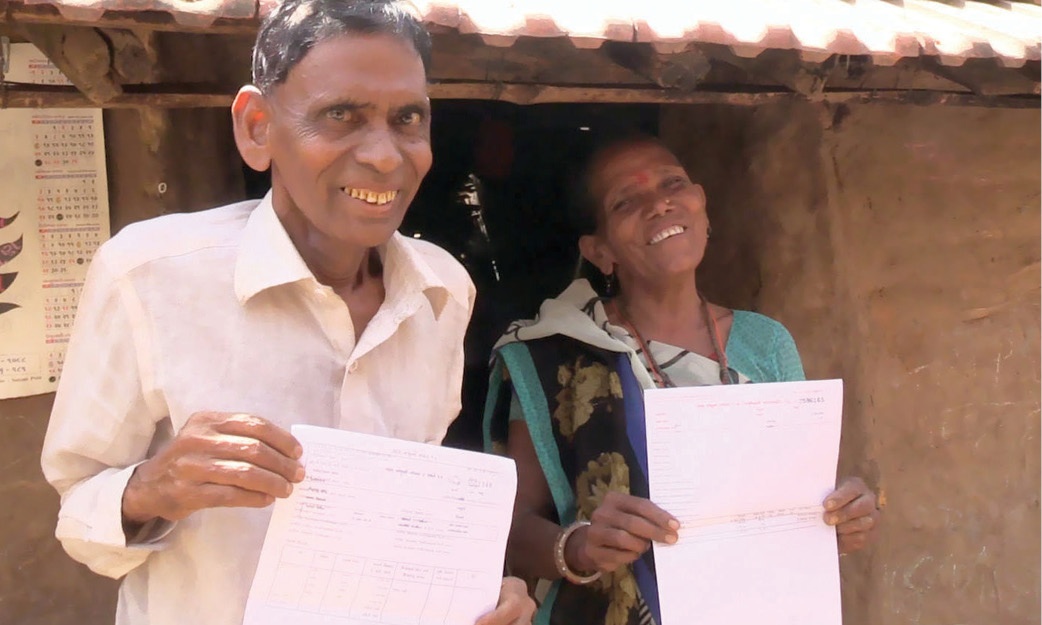 This is a typical problem that Kantaben Baria faced. When her husband fell ill six years ago and was unable to work, she wanted to get her name included in the land record. She faced stiff opposition from her sons and extended family. “But my husband was firmly behind me as we were not sure if any of them would take care of us,” she says. Kantaben consulted Vanita Shakti Mahila Sangathan (VSMS), an NGO working to connect women with land tenure with government agricultural schemes.

The Sangathan got her in touch with Uthaan that works with vulnerable communities. Kantaben got the varsai; with land rights came agricultural credit and support. Today, she grows mangoes on her farm and with the income takes care of herself and her ailing husband. “When it was not in my name, I felt like I was working on someone else’s land. Now I feel confident and empowered. Why should we not? We must!” she asserts.

The ‘must’ is an imperative the Bhorva womenfolk are reaping the fruits of. Empowerment has taken a defiant form here. Kantaben’s sister-in-law, once among those opposed to her actions, now wants to have the land belonging to her late husband in her name. The encouraging results have also nurtured self-help groups, well-meaning government officials and social workers to join forces and push for the cause. 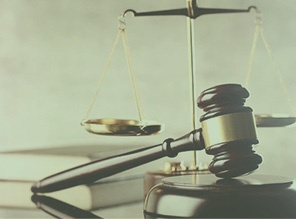 What does the law say

The Hindu Succession (Amendments) Bill was passed on August 29, 2005, which guarantees Hindu women in India rights over agricultural land and joint property in the Hindu Undivided Family (HUF). The Bill grants women joint heirship in HUF; they have equal rights even in their grandfathers’ properties, which was denied to them earlier.

The likes of Shardaben, Manguben and Saritaben, and many more here, have similar stories — of suffering, steely determination and success — to narrate. All of them are hinterland heroines in their own rights who have turned their lives around in a society where patriarchy runs deep. The Bhorva women today are equal participants in village-level decision making, be it community development, civic amenities or cultivation.

“We undertake farming with complete authority now, with an ownership we never knew earlier. We cultivate our fields just as we nurture our children,” says Ratniben.

The women are also in a better position to take decisions and experiment with organic farming, crop rotation and other means to better productivity. A noteworthy result is the 15% rise in agri incomes in the village. Buoyed by the wins in their humble lives, some of the womenfolk are taking up the fight for their less-fortunate sisters. They have joined the Swabhoomi Kendras, an initiative to guide women on land ownership and provide information on crop patterns, prices and financing.

Manguben is one such individual. “Most of us live in joint families. Therefore, even if a man wants his wife to be the co-owner of his land, others in the family are likely to oppose it,” she explains. Lack of awareness about women’s rights is a problem faced not just by the ‘other’ women marrying into a family but also the daughters in the household. It is as if the women belong neither to their fathers’ families nor their husbands’. “This is the mindset we are trying to change,” points out Leelaben, a paralegal worker who has worked over the years for women’s land rights. “They say since a daughter gets married and goes away, of what use is land in her name! A lot of women are scared to come out and demand land rights because they don’t want to go against their families.”

Women who have land in their names are more assertive and aware of their rights. Their name on the land papers, she asserts, also acts as a deterrent to domestic violence as women have the means to fight back and even seek legal recourse.

The battle is far from over

Although majority land is still owned by either men or undivided families, enactment of laws assuring women’s rights to agricultural land have begun to move the needle of disparity in Bhorva. Shilpa Vasavada of Working Group for Women & Land Ownership claims about 80% of the cases pertaining to women’s land rights here have been mitigated successfully.

This does not mean the naysayers have vanished. The taunts, strife and intimidations have not stopped. “My nieces still fight with me as to why my name appears on property documents. Village women still tell me only an idiot would do this (go against her family for land),” says Ratniben.

“The major challenge is the mindset — be it men or women in the village, or the policy implementers,” asserts Vasavada. A crying need for a monitoring mechanism and general segregated data is also being felt, which only the government can fulfill, she adds.

Notwithstanding the challenges, the first rays of a new dawn is upon Bhorva. The tide is turning. The mindset is changing. And not just among women. Ter Singh Baria — husband of Kantaben — is an indication. “I have been ill for a long time and if some-thing happens to me where would my wife go? I helped her have her name on the land papers. Now, she has security, government benefits and legal rights. She can continue to live with dignity, even after me.”