Laying the Foundation for Growth

Public policies across countries have played a key role in the emergence and expansion of the Earth Observation market. 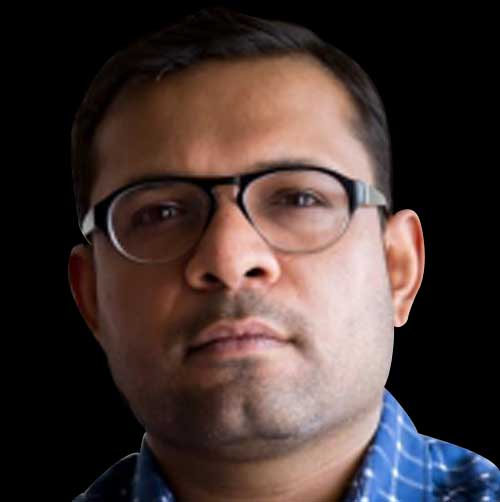 The satellite-based Earth Observation (EO) segment of the Space industry has witnessed uninterrupted growth in the last few years. The global EO market was valued at $2.74 billion in 2019, and it is expected to reach $4.42 billion by 2025, registering a CAGR of 8.5% (Satellite-based Earth Observation Market — Growth, Trends, Forecast — 2020-2025: Research and Markets). The market growth can be attributed to the value-added solutions offered by EO data to the economy and society. Among other factors, public policies across countries have played, and will continue to play, a key role in this growth story. Let’s find out how.

With more than half (52.1%) of Space-tech companies on its soil, the US is an undisputed leader in Space (SpaceTech Industry 2021 / Q2 Landscape Overview). This ecosystem hasn’t appeared out of thin air. Over the years, a series of public policy decisions have ensured the emergence and expansion of a thriving private industry. For EO players, the 2003 policy on commercial Remote Sensing was a game changer of sorts. “When the last national Space policy on commercial Remote Sensing was issued in 2003, there were just three high-resolution satellite imagery providers. Now, there are more than 119 licenses issued for more than 1,000 imaging satellites,” says Kari Bingen, Chief Strategy Officer at HawkEye 360. Spurred by unprecedented private sector innovation and investment, the EO market continues to not only grow at a rapid pace, but also produces new capabilities that were once only achieved by governments, such as Synthetic Aperture Radar (SAR), Radio Frequency (RF) monitoring, and other phenomenologies.

In May 2020, the Department of Commerce released a new set of regulations to support US leadership in the commercial satellite Remote Sensing industry, which received a thumbs up from private players. The National Space Policy in December 2020 recognized the significance of the rapidly growing commercial Space industry and called for enhancing America’s leadership in Space commerce without compromising on security. “The significant changes made to the licensing of private Remote Sensing Space Systems’ regulation in 2020 have most certainly opened up the commercialization and democratization of EO in the US. With the removal of constraints on commercialization of high and super high-resolution imagery, Earth Observation imagery outfits are incentivized to further innovate and deliver. This change, sharing a similar sentiment with the changes made to the Kyl-Bingaman Act (though still stipulating a resolution limit), signalled a significant shift to recognize and encourage innovation, while also levelling the playing field for organizations in the Space sector,” says Matthew Tirman, President at Satellogic North America.

“The 2003 decision made it the policy of the government to ‘rely to the maximum practical extent on US commercial Remote Sensing Space capabilities’ for both national security and civil needs. The 2021 National Defense Authorization Act advances many of the same principles,” adds Bingen. Now that economic factors that were limiting in 2003 — such as development and launch costs — have been cleared out of the way, commercial providers have become more capable of meeting the needs of both government customers and a broad array of commercial and international security interests.

In the recent past, EO in the European Space Agency’s (ESA) Space program has enjoyed the lion’s share of budgetary allocation and has extensively focused on, among other things, climate monitoring. The Agency’s commitment to galvanize change in the EO market by bringing in private players was affirmed by its Director General Dr. Josef Aschbacher, who, in an interview with Geospatial World earlier this year, said, “We are looking to simplify procedures, speed-up processes and help small and young companies work with us in a much simpler way.”

The European Union (EU) has also played an important role in shaping the region’s EO market and a classic example of that is the Copernicus Program. “EU has done a pretty good job in supporting the Space industry in general. A great example of that is the Copernicus Program and all the satellites that ESA has funded, launched, and made the data available to everybody. The economic value that has been generated on top of that data by companies that are building solutions or providing consulting services is enormous. So, a large part of the EO industry has been built on this decision. In addition to that, ESA has put a lot of programs in place to fund business initiatives, thereby helping the market develop,” says Sean Wiid, CEO, UP42.

According to Wiid, what’s really exciting is not necessarily what has already happened in the past, but what’s happening now. “To start with, you have a massive expansion of the Copernicus Program. Europe has just agreed on the new Space Support Program under the umbrella of Horizon Europe, which is intended to support the entire emerging Space industry from 2021 to 2027 through a series of measures, including a €1 billion ($1.18 billion) seed and growth fund for NewSpace startups in Europe,” he adds.

In the aftermath of the Covid pandemic, the Indian government has taken several major steps to introduce a liberalized regulatory regime for Space activities. Last year, the government announced its decision to promote commercialization of Space by encouraging private participation. The announcement was followed by two key developments — setting up of the Indian National Space Promotion and Authorisation Centre (IN-SPACe), which was to bridge the gap between the government and private companies, and the decision to allow private players to use the infrastructure and facilities of the Indian Space Research Organisation (ISRO). “The announcement to set up IN-SPACe along with startup-friendly policies is a step in the right direction. We strongly believe that this is the turning point for private Space in India. Liberalized regulations will play a key role in enabling innovation, and allow Indian companies to compete globally. The Union Budget 2021/22 also allocated ₹13,949 crore ($1.9 billion), a 3.8% increase in funds for the development of the Space sector as compared to last year,” emphasizes Awais Ahmed, Founder and CEO, Pixxel, an Indian Space-tech startup.

With a budget of $1.69 billion in 2020, Japan is the fifth largest spender in the Space sector, and has been making steady progress in the field of Earth Observation. In 2016, the country introduced the Satellite Remote-Sensing Act and the Space Activities Act. According to Makoto Higashi, former Japan Space Imaging Corp. CEO and President, Japan is the world’s second largest market for EO data.

According to industry players, the government’s engagement with the private sector in the last one year has indicated its intent to promote commercialization. “The government has been working extensively on developing new Remote Sensing policies as the previous policies were not conducive to the commercialization of the Space sector. The engagement between the private and public sector has increased, and the government is much more receptive to collaboration with private players in other areas as well. The recent announcements have acted as a positive signal to the investors and have increased their interest in Indian Space,” says Abhilasha Purwar, Founder and CEO, Blue Sky Analytics.

India’s draft Space-based Remote Sensing Policy (SpaceRS Policy 2020) along with draft Norms, Guidelines and Procedures (SpaceRS NGP 2020) are aimed at enabling wider stakeholder participation), and ease of data access. Narayan Prasad, Chief Operations Officer, satsearch, feels that the current generation of Indian entrepreneurs have the advantage of the ISRO supplier base that they can tap into, as well as huge human resources that are trained in Space. “There is also a very well-oiled software industry ecosystem that creates interesting convergence for companies to then leverage that to create unique products and services out of India,” he says.

With the second highest Space budget in the world, China’s intent to dominate the Space sector is an open secret. Shortly after becoming President in March 2013, Xi Jinping made his ambitions for China’s Space program very clear by saying, “Developing the Space program and turning the country into a Space power is the Space dream that we have continuously pursued. The Space dream is part of the dream to make China stronger.”

For the global EO market to contribute to its true potential, governments would have to continuously work on making policies simpler and more effective.

A joint report released by the National Earth Observation Data Center (NODA) and the ChinaGEOSS Data Sharing Network in 2019 suggests that from April 1970 (when China launched its first man-made EO satellite named ‘Dong Fang Hong I’) to December 2018, the country had launched more than 200 satellites, including over 60 EO satellites. About 67% of EO organizations in China were established between 2000 and 2015, and more than one-third of them were commercial enterprises. In the last two decades, China is learnt to have made a large portion of its EO data openly available, thereby facilitating the growth of a competitive EO market.

According to reports, the Chinese authorities have been working on expanding and sharing the country’s capacity for EO by developing sensors, platforms, and launch capabilities in tandem with growing lunar and deep Space exploration. The country has simultaneously been working on its capabilities in processing and transforming EO data into useful and practical information. Programs such as the Big Earth Data Science Engineering Program (CASEarth) provide opportunities to integrate data and develop “Big Earth Data” platforms to add value to data through analysis and integration. Recently, China successfully launched the Gaofen-12 (02) satellite, marking the latest in a line of high resolution satellites to boost its EO capabilities.

As the global population takes on the challenges of climate change, disaster prevention and mitigation, and food security in the coming years, the demand for EO data will only increase. However, for the global EO market to contribute to its true potential, governments would have to continuously work on making policies simpler and more effective. Considering the ongoing global trend, we are certainly going to witness more progressive policies aimed at social, economic, and environmental growth through Earth Observation.