Resilient PNT is neither a particular technology nor a service; it is actually a combination of many things, depending on the scale and scope of applications and systems. 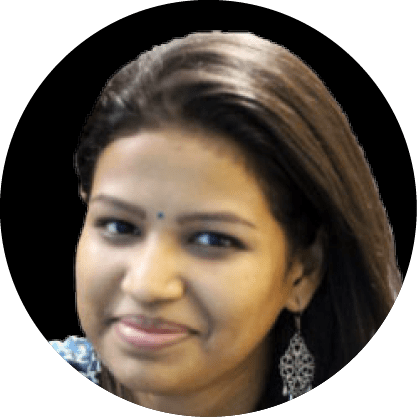 The world we live in today is critically dependent on Positioning, Navigation and Timing (PNT) services provided by the Global Navigation Satellite System (GNSS). Of course, the Global Positioning System (GPS), developed by the US, is the most widely used technology. Apart from commercial operations, we heavily rely on PNT services for national security and critical infrastructure applications. From squadron coordinates for military missions, precise location data for search and rescue operations, scientific pursuits for environmental and disaster monitoring to increasing efficiency and productivity in areas like construction, oil and gas, and mining, everything runs on PNT. Perhaps that is why the value of these services is growing by the day. However, the heightened reliance on these services can lead to socio-economic losses as these systems are prone to disruptions, interruptions, and manipulations.

Even though the number of consumer products, commercial services, and industrial applications that rely on geolocation powered by GNSS systems has been on the rise, the economic impact of disruption is difficult to calculate. Experts believe that the cost of a disruption may depend on its length, severity, and geographic scope. “A 2019 report estimates the economic cost of a GPS outage to be $1 billion a day and as high as $45 billion in case of the unthinkable — a 30-day outage. The gasoline pipeline and power grid calamities seemed unthinkable by many, but black swan events can and do happen — and as we have all seen, they can be devastating. These things are happening every day and can be prevented,” says Michael O’Connor, CEO, Satelles.

Alternatively, a report commissioned by Innovate UK, the UK Space Agency, and the Royal Institute of Navigation in 2017 estimates that a prolonged GPS/GNSS outage could cost the UK economy up to £1 billion per day. “The quantifying effect of an individual event that causes disruption is difficult to estimate due to cascading impacts and is sector dependent. However, COVID-19 has served to highlight our dependence on these services and applications to keep the society functioning normally,” says Guy Buesnel, PNT Security Technology Specialist, Spirent Communications.

Today, it has become essential to address GPS/GNSS vulnerabilities as location data has become all-pervasive across all economic and national priority sectors. GNSS systems have led to the emergence of new business models (Airbnb, Uber, Lyft), and caused many more sectors to be retooled to require fewer people, equipment, and money across delivery services, surveying, transportation, telecommunications, digital broadcast, agriculture, among others. “Without GNSS PNT, everything suffers. While the extent of the suffering will depend on the geographic area impacted and the duration of the outage, higher performing receivers like those used for survey, construction, and other economic sectors are the most vulnerable to disruption,” explains Dana A. Goward, President, Resilient Navigation and Timing Foundation.

The impact of a GPS/GNSS outage goes beyond basic economics and could even endanger life. Today, emergency services, distress beacons, and telecommunications networks rely on PNT services, and even a minute disruption could lead to severe consequences. So, resilient PNT systems are the need of the hour to combat GPS/GNSS outages.

Over the years, “resilient PNT” has been defined in different ways. In the last 10 to 15 years, GPS and GNSS receivers have undergone major improvements, becoming significantly smaller, cheaper, more accurate, and faster. However, the signals emitted from the satellites still come from 20,000km above ground and are weak and vulnerable to jamming and disruptions. “Resilient PNT systems in many forms provide an easily executed capability to discover, analyze and protect from these attacks, and defend GNSS-dependent systems from risk,” says Omer Sharar, CEO, infiniDome. In agreement is John Fisher, VP, Advanced R&D, Orolia, who defines “resilient PNT as the convergence of PNT technology with non-traditional and emerging technologies to improve the reliability, performance, and safety of mission-critical applications in the air, on land, and at sea”.

Innovative PNT technologies to the rescue

A complementary system, compatible with GNSS but independent from it, is essential to achieving resilient PNT. Several PNT technologies today augment GPS/GNSS capabilities. While there is no single silver bullet solution that meets the needs of all application areas, these technologies generally fall into three prime categories — network time transfer services, terrestrial wireless infrastructure, and low earth orbit (LEO) satellites. Each technology solution is different in characteristics and varies in terms of its readiness.

One of the most recognized and industry-tested solution is the terrestrial PNT system. Local terrestrial beacons play an essential role in GPS augmentation and are foreseen to be an essential backup for certain critical infrastructure sectors. These systems provide stronger and exceptionally accurate signals with good indoor penetration, bringing a higher level of resilience at a lower cost and allowing for customized deployments to meet the specific needs of different application sectors.

Ganesh Pattabiraman, Co-founder and CEO of NextNav, says, “There is a need for land-based systems to complement space-based systems. Terrestrial beacons, such as those in our TerraPoiNT solution, are complementary to GPS. The solution is encrypted in a way that it can operate independent as well as in complementarity to the GPS and deliver the same services, powering critical national infrastructure in the event of a GPS failure.”

In the above context, Satellite Timing and Location (STL) solutions offered by companies like Satelles fall in the LEO PNT category. LEO PNT solutions orbit in Space about 25 times closer than GPS/GNSS systems and deliver a signal 1,000 times (30db) stronger than the GPS. This makes STL extremely difficult to disrupt or degrade, and allows the signals to reach users in hard-to-reach places such as indoors, underground, and in urban canyons. “One key advantage of LEO satellites for PNT is that the solution is scalable, making LEO PNT solutions highly suitable for applications that require a wide-area, nationwide or even worldwide service, such as wireless communication networks, mobile payment services, and power grids,” says Christina Riley, Vice-President, Commercial PNT, Satelles. In early 2021, USA’s National Institute of Standards and Technology (NIST) confirmed STL as an accurate and reliable source for the wide-area delivery of Coordinated Universal Time independent of GPS/GNSS.

Network-based solutions are another technology that will play a role in certain sectors, particularly where users have specific precision timing needs. However, the future of PNT resilience lies in developing a systems-of-systems approach. “I believe many of these technologies will ultimately be implemented with the same solution for some of the most critical and complex systems. For example, a network could benefit from a satellite time and location (STL) and Precision Time Protocol (PTP), as opposed to relying on GPS and PTP to work together,” says O’Connor.

Trimble, another leading geospatial industry player innovating in the PNT space, is one of the pioneers in developing commercial and consumer applications of GPS technology. The company has recently released value-engineered solutions, including GNSS time-receiver and antennas with integrated Smart GNSS Assurance™ Technology, designed to meet the resilient timing requirements mandated by the 2020 Executive Order (EO) PNT services. “There is a lot of internal development that we are doing to make the system stronger. We are also working with government agencies to prepare them for how they might continue their operations in a situation where there is a localized outage of PNT. We are working very hard for our customers to have continuity of operations,” says Ronald Bisio, Senior Vice President, Geospatial at Trimble, Inc.

These new innovative anti-jamming and anti-spoofing solutions accurately detect and mitigate the risks and vulnerabilities associated with GPS/GNSS. They provide users with highly accurate timing and location for critical infrastructure while guarding network synchronization against jams and spoofs.

There is an agreement among leading industry players and government agencies that no single product, service, solution, or technology can meet the demands of PNT-dependant applications. A report by the United States Department of Homeland Security states that the “diversity of capabilities in the national PNT ecosystem is a strength, not a weakness”. There is a belief among the industry, users, and government organizations that GPS/GNSS is here to stay, and there is no ultimate solution, which can provide a universal backup to the positioning and navigation capabilities provided by GPS/GNSS systems.

Globally, economic applications rely on precise and accurate PNT information, which requires integrity and continuous availability. As a contingency plan, and to save the world from the severe economic losses that can result from a GPS outage, governments should urge the industry to implement a contingency plan wherein multiple PNT technologies are implemented together. There is also a need for the private and public sectors to encourage critical infrastructure owners and operators to understand the value proposition of diverse PNT technologies with inherent resilience and security features to strengthen economic resilience globally.